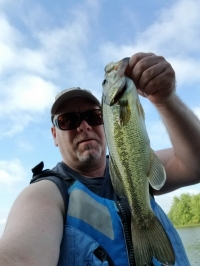 On the first evening following surgery, an astounded Bill Roberts was standing, pain-free, bearing weight on his new hip. “It was the first time in well over a year that I stood up and I had no pain,” says Bill Roberts of Seville in Medina County. “They want you mobile again as soon as possible.” The retired Boy Scouts executive, who moved to Ohio from California three years ago, is used to an active lifestyle. The 71-year-old chose an orthopedic surgeon – Michael LoPresti, MD, with the Center of Orthopedic Surgery – with the same mindset.

For more than a year, a torn labrum in his left hip socket was making his walking alarmingly unsteady. He never knew when his hip might give out on him. Cortisone injections only gave him temporary relief. Dr. LoPresti notes that orthopedic surgeons generally offer conservative treatments before recommending joint replacement. Bill had modified his activities, taken oral anti-inflammatory medications and received intra-articular injections, all of which had limited success in treating his condition. An MRI showed arthritis that was more advanced than X-rays revealed.

Good bone quality allowed Dr. LoPresti to replace the joint without cement, also known as a press fit. Advancements in anesthesia for joint replacement, such as peripheral blocks and spinal anesthesia, allow the patient to use fewer narcotics and awaken sooner after surgery, avoiding many of the complications associated with anesthesia, such as nausea, constipation and change in mental status.

“Other than his hip, Bill was younger than 71,” Dr. LoPresti said. “His arthritic hip was causing him to lead the life of an older person. Good bone quality allowed us to offer him a solution that we would typically offer someone in their 50s or 60s.”

Once Bill decided to proceed with a hip replacement, he attended Joint Camp, a two-hour session with physical and occupational therapists that thoroughly explained what to expect immediately after surgery and upon return home. His wife joined him for the session so she knew what to expect to support him. “You had all your questions answered, and you knew what to expect,” Bill said. “Joint Camp really puts everyone at ease.” Bill was standing and moving with a walker before he left University Hospitals Parma Medical Center less than 36 hours after surgery. The attentive nurses also ensured he had physical therapy appointments scheduled to ensure a safe return to full mobility. By the second week, he only needed a cane for support – and by his five-week follow-up appointment with Dr. LoPresti, he didn’t even need that. He strolled in without any assistive devices and free of any pain medication. “I thought he would be amazed to see how well I was walking, not even favoring that hip,” Bill said.

Back on the saddle

Bill appreciated the convenience of multiple UH locations. Physical therapists through UH Home Care came to his Medina County home four times. He then attended outpatient physical therapy sessions at UH Fairlawn Health Center on Route 18. And when he needed to follow up with Dr. LoPresti at the Center of Orthopedic Surgery’s Parma office, he was just 20 minutes away. Dr. LoPresti also recently opened a new office in UH Broadview Heights Health Center, just off I-77 at Route 82, which will be even closer to Medina. “It made no sense to go anywhere else,” Bill said.