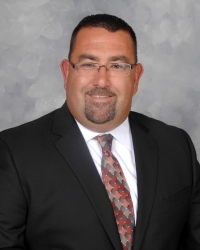 “Brian and the UH Parma team will continue to advance the hospital’s role as a valued resource for West Side communities,” said Richard A. Hanson, President, UH Community Hospitals and Ambulatory Network. “Since joining our health system in 2014, UH Parma has made major facility improvements, recruited new physicians in several specialties, streamlined service delivery and achieved significant safety and patient experience milestones. We look forward to continued growth with the $27.5 million expansion and renovation of surgical services just beginning and investment in a new linear accelerator that ensures state-of-the-art cancer care close to home for patients in and around Parma.”

Monter earned his bachelor’s degree in nursing at West Virginia Wesleyan College and a Master of Science in Nursing at Kent State University College of Nursing. He earned his MBA at Kent State and is a member of the American College of Healthcare Executives. He lives in North Ridgeville with his wife and three children.