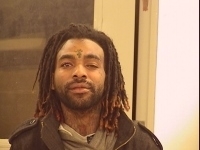 PARMA, OHIO – Parma Police have arrested and charged the following individuals in connection to the July 28, 2017 armed robbery of the Gustave Julian Jewelers, located at 7432 State Road.

Demetrius R. Clardy, B/M, age 42, with an address in the 2100 block of Ambleside in Cleveland.

Rodney Brewer, B/M, age 51, with an address in the 2100 block of Ambleside in Cleveland.

On October 4, 2017, members of the Parma Police SWAT Team served a search warrant on Clardy’s residence in Cleveland. Clardy was not home at the time, but was later arrested at a different location. Clardy was brought back to the Parma jail where he was charged with one count of Aggravated Robbery, a felony of the first degree. He appeared in Parma Municipal Court this morning where his bond was set at $200,000. His case was bound over to the Cuyahoga County Prosecutor’s Office. Brewer and Smith were arrested back in August for their role in the robbery. They were both indicted by a Cuyahoga County Grand Jury and their cases are pending in court.

On Friday, July 28, 2017 at approximately 3:27pm, Parma Police responded to a report of an armed robbery at the Gustave Julian Jewelers, located at 7432 State Road. A male subject, later identified as Clardy, was captured on store surveillance video walking into the business and brandishing a dark colored handgun. Clardy approached employees who were behind the jewelry counter. Clardy demanded money and was given an unspecified amount of cash. Clardy ran out of the store and was seen getting into a dark gray colored Ford Taurus, with an Ohio temporary tag.

Detectives were able to identify Clardy, Brewer and Smith from a partial identification of the Ohio temporary registration. The Ford Taurus was also observed on surveillance video driving around the area near the jewelry store shortly before, and immediately after the robbery.

Parma Police detectives have also obtained arrest warrants for the following two individuals who were also involved in the robbery of the jewelry store:

David Fields, age 52, with a last known address in the 700 block of Linn Drive in Cleveland.

Cleveland Gresham Jr, age 29, with a last known address in the 1600 block of Ansel Road in Cleveland.

Anyone with information on the whereabouts of Fields and Gresham are asked to please call the Parma Police Crime Tip Line at 440-887-7340 or Crimestoppers at216-252-7463.

See attached for photos of all five individuals.

I am the publisher of the Parma Observer. Lifetime resident of Parma for over 50 years.