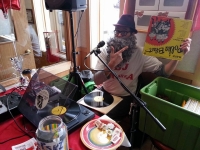 No doubt about it, for the Greater Cleveland area with its large Polish population, Paczki Day (pronounced poonch-key), also known as Fat Tuesday, has always been a popular pre-Lenten event. But in Parma's Polish Village, it has exploded! This bustling, walkable, commercial district, featuring nearly 100 small businesses, has seemingly become the number one paczki destination in Ohio. Here in Parma’s Polish Village, four family-owned businesses – Colozza’s Bakery, Krakow Deli, Little Polish Diner, and Rudy’s Strudel and Bakery – have enthusiastically embraced the paczki craze that continues to sweep through Polish communities wherever they may be.

But what exactly are paczki? Are they donuts or something else entirely? They have been described by some as “super-rich, filled, sometimes double-fried, pastries that had their origins in Poland, where they were the ultimate, and last, sweet treat that Lent observers would allow themselves before Lent began.” Lidia Trempe, owner of Rudy’s Strudel and Bakery, agrees. “It is not a donut. It’s not even a little bit like a donut. This has more eggs, this has more butter, this has quadruple the filling,” she said. Indeed, on Paczki Day, these delicious pastries seem to possess a special quality unlike any other. Rudy’s, featuring DJ Kishka, Cleveland's premier polka disc jockey, came close to selling an unbelievable, mind-boggling 50,000 paczki on just that one day and garnered the attention of nearly every local news station including WKYC 3, WEWS 5, FOX 8, and WOIO 19.

All four Polish Village businesses offered an incredible variety of decadent paczki to satisfy the sweet tooth of their many customers and were largely sold out of paczki by noon. Traditional flavors were available at each of the businesses with Colozza’s and Rudy’s going above and beyond by offering some unique flavors not typically found at most bakeries. Rudy’s, by far, offered the largest variety with more than 25 flavors and a new delicious assortment of savory paczki that include mouth-watering options such as The Clevelander (sauerkraut and kielbasa) and The Parma (potato and cheese) – a first for the Cleveland area and quite possibly the world. As Lidia of Rudy's will tell you, try just one of these savory paczki and it is going to change your life! Believe it!

Stefan P. Stefaniuk has been a Parma resident since 1982 and enjoyed growing up in Parma's incredible historic downtown neighborhood. After serving five years in the U.S. Navy, he was honorably discharged in 2009 and returned to Parma with his wife and two children. Today, he works as a licensed Realtor at Howard Hanna Real Estate, is a graduate student at the Maxine Goodman Levin College of Urban Affairs, and is also actively involved with various neighborhood revitalization initiatives in the Parma area.