Mt. Alverna Village Rib Contest 2009 (36 Photos)
A wonderful event at the Mt. Alverna Village Assisted Living Center in Parma at 6765 State Rd. . The Tri-City Observer was invited to check out the facility, speak with its residents and staff, and judge what turned out to be delicious Ribs. Especially those served up by Amber! All photos property of The Tri-City Observer, ©2009. Isn't it time you had us cover your party? 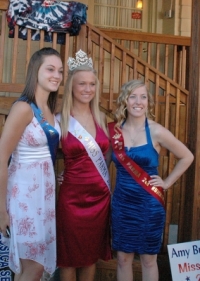 Parma's 4th of July Parade, 2009 (76 Photos)
Photos from what we see taking part in the Parma 4th of July Parade. This was our first parade in Parma, but it will not be our last fun was had by all of the Observers!

Rib Festival 2009 (47 Photos)
Photos from the Rib-Burn Off at Parmatown Mall put on by The Parma Chamber of Commerce. Allphotos property of the Tri-City Observer, inc. ©2009
Back to Observer Photoblogs