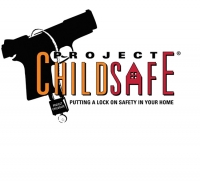 In the wake of the recent shootings in a grocery store in Buffalo, an elementary school in Texas, and others, this month I am going to take a brief hiatus from my Civic 101 series. Parma Law Director Timothy Dobeck, Parma Ward 5 Councilman Alan Divis and I are, once again, reminding the community that we are offering free gun locks to help ensure gun safety in the community.

We have given out nearly 1,000 gun locks since we started the program in 2018, but the work is not done. With about three guns in circulation for every American, my colleagues and I are positive that many more residents could put the locks to use to ensure that their guns are being safely stored.

The three of us are concerned about the problem that guns are getting into the wrong hands. For instance, in 2018 right here in Parma a young boy accidentally shot and killed his little brother with an unlocked, loaded handgun. In fact, this was the incident that was the impetus for me seeking the assistance of Mr. Dobeck and Mr. Divis to put together the gun lock program.

Since living on my grandma’s farm growing up, I have always been an advocate for responsible gun ownership and, as a father, elected official, and schoolteacher, I never want a tragedy involving a gun to take place on my watch. That is why I am a huge supporter of gun locks. A gun lock is a device that makes a gun inoperable when it is utilized. We have partnered with the National Shooting Sports Foundation’s Project Childsafe, whose mission is to promote firearms safety and education, to offer free metal cable-style gun locks to residents who would like them. The goal is to get them in the hands of every gun owner in the community who would like them.

Each kit contains a safety curriculum and a cable-style gun lock, which fits on most types of handguns, rifles, and shotguns. If you are interested in receiving a gun lock, call me at city hall at 440-885-8091 or email me at sbrennan@cityofparma-oh.gov. Have a safe and enjoyable July.